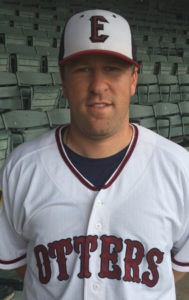 Bobby Segal, who has been involved with college and/or professional baseball every year since 2003, is in his fifth season as hitting coach for the Evansville Otters and sixth campaign as part of an independent league field staff.  Segal previously spent nine spring seasons and four summer campaigns coaching all levels of college baseball. He has seen 17 of his 18 teams tally a winning record, while all nine of his summer clubs finished in the top two of their respective divisions.

Segal has helped all five of his independent league teams to postseason berths.  Evansville captured the 2016 Frontier League championship and has advanced to the playoffs each of the last three seasons.  The Gary (Ind.) SouthShore RailCats claimed the 2013 American Association title when Segal was their hitting and third-base coach.

Segal saw 94 players advance from junior college to four-year institutions.  The figure includes 66 Division I players, with many of the nation’s top conferences represented.  In addition, 74 of his college players went on to sign professional contracts.

Prior to joining the Otters, Segal also spent four summers mentoring players in collegiate wood-bat leagues.  He managed the 2014 and 2015 Terre Haute (Ind.) Rex after serving as their hitting coach and catching instructor in 2012.  The 2015 Rex set the Prospect League record for wins in a season and captured the playoff championship. He started 2010 as the top assistant for the North Adams (Mass.) SteepleCats and finished the summer managing the club.

A catcher at Indiana University from 2003-06, Segal was a three-time Academic All-Big Ten selec­tion.  He earned a bachelor’s degree in sport management from IU in 2006 and master’s degree in health & physical education from Union in 2009.

Segal is married to the former Rachel Harvey. The couple has two sons, Asher and Jacob, and one daughter, Lillian. 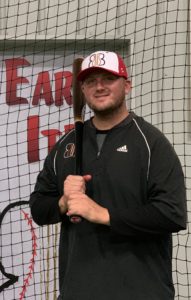 Matt Racinowski
727-846-2281
Baseball/Softball Instruction
Matt is originally from Tamp Florida, a graduate of Gulf High School.  He has spent the last 7 years in the area, coaching and training baseball/softball players at Britton’s Bullpen in Olney from 6-7s up to high school ball players.  A student of the game, Matt was the head baseball coach for Cisne Middle School in 2014 and 2015, Assistant high school baseball coach for Cisne in 2015, and Head high school baseball coach for Cisne in 2016, before resigning to take on a more active roll in player development with Britton’s Bullpen.  In 2016, Matt began  head coaching for Britton’s Bullpen beginning with our 18u club.  In 2017 he managed both our 16u and 12u ball clubs.  In 2018 Matt led our 13u ball club as well as 14u in 2019.  This year Matt will manage our 2020 16u ball team.  Matt specializes in hitting mechanics, timing, mental approach, and overall athletic development.  He also specializes in defensive fundamentals, and pitching mechanics.  Matt does an excellent job connecting with young players and creating confidence.  Matt now lives in Fort Branch, IN. 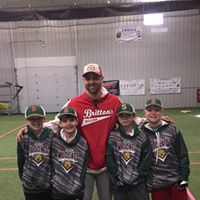 Phil Britton
618-388-1000
Owner & Baseball/Softball Instruction
Phil is a graduate of East Richland High School in Olney, IL.  Playing under Newburgh, IN native Andy Julian, Britton lettered 3 of his 4 years at East Richland High school, setting a single season home run record his senior year with 12. After graduating in 2003, Britton attended Olney Central Community College as a catcher under NJCAA Hall Of Fame coach Dennis Conley where he led all of NJCAA in RBI’s with 89.  Was 29th with a batting average of .426 and 10th in homeruns with 15. Britton was drafted by the Atlanta Braves in the 36th round in 2004, was named GRAC freshman of the year, and earned Second team NJCAA All-America honors. Following his 2004 freshman season, in the fall of ‘04, Britton signed a national letter of intent to play at the University of Kentucky. Britton finished his sophomore year at OCC 30th in NJCAA in batting average hitting .430 and 50th in homeruns with 10, earning First Team NJCAA honors. All- Region 24 team honors and All-Region tournament team honors followed both 2004 and 2005 seasons.

After completing two years of JUCO baseball at Olney Central College, Britton elected to decline the offer to the play at the University of Kentucky, and join the Atlanta Braves Professional Baseball Organization.  Phil was a member of the Atlanta Braves organization from 2005 -2009, playing in the Gulf coast league(R), Appalachian league (short season A), South Atlantic League (-A), Hawaii Winter Baseball League (Major league Prospects league), Carolina League (+A), Grapefruit League (MLB) Southern League (AA) Eastern League (AA) International League (AAA) with the majority of his time being spent at the AA level.  In 2010, he spent the year with the Baltimore Orioles organization where he played at the A, AA, and AAA levels.  2011 was his last year playing professional baseball, spending the first half of the season playing in the American Association with the Fargo-Moorhead Red hawks, and finishing his career with Manager Andy McCauley and the Evansville Otters of the Frontier League.

Following his playing career, Phil began coaching with the 2016 Frontier League Champion Evansville Otters, and in 2012 opened Britton’s Bullpen Inc., a baseball/softball training facility in his hometown of Olney, IL. Britton’s Bullpen is the indoor training facility to the OCC Baseball and Softball teams, as well as local youth baseball and softball teams. Phil now focuses on instructing baseball and softball, and manages youth baseball traveling teams, working to help amateur players and parents not only showcase their ability, but also help them understand the processes of what it takes to advance in the game. 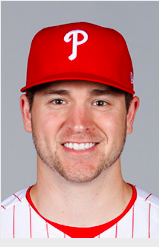 Guest Instructor, MLB Pitcher Jerad Eickhoff
“Britton’s Bullpen instruction and overall knowledge of the game of baseball is second to none. With nearly 10 years of professional experience, Phil Britton knows exactly what’s needed to elevate the game of anyone focused and driven enough to learn and put in the work. Young ball players of all ages have an opportunity to pick the brain of a guy who’s rubbed shoulders with some of the best in the game. Not to mention, the facilities alone are the best in the area. If I had the chance as a kid to sharpen my skills at Britton’s Bullpen, I know I’d be setting myself up for success.” -Jerad Eickhoff, MLB Pitcher